STABILIZING THE REAR OF THE SHIFT BRACKET

Most Cars early Nineties on.  OEM's the best.

This rear bushing consists of a tube with a large rubber insert. The tail of the shift bracket fits into that insert and supports the back of the shifter mechanism. This is a beefy bushing and rarely if ever do we see it worn out. So replacement is not necessary but the bushing is inexpensive enough (About $25) to replace as preventive maintenance during installation.

I would be remiss however if I did not state the obvious . There is improvement that can be made with this design . But the upgrade is not achieved in beefing up the bushing by using tighter fitting replacements or a harder material than rubber such as Delrin (TM) , Generic Acetal, Teflon or any of the myriad plastics and polyurethanes that can sometimes improve on plain rubber. In this case the improvement is simple. One must try to uncouple the body from the shifter mechanism and have the entire mechanism and its supporting bracket become dependent on the transmission only. All BMW shifters except for a couple of very early models are connected to the gearbox forward and to the body aft. This strange design subjects the shifter to the transmission movement and to the body roll and hurts precision .

Unfortunately this is a fabrication project as can be seen in the image below depicting this upgrade on an e34 M5. Sadly there are too many transmissions setups to justify producing this modification for all cars but it is our opinion that the improvement is worthwhile. Should you decide to try it as a DIY, be advised that a welder is necessary but the list of materials needed inexpensive. Feel free to inspire yourself from the design below as well as from the design that we build and sell for 2 early BMW setups which you can see here.

In 1986 BMW switched from a steel shift bracket to an aluminium job. the rear of the aluminium contraption was connected to the body using a fabricated mount with a rubber insert as shown in the photo above.  The insert itself was rather flimsy rubber the life of which was short. in retrospect it is easy to understand BMW apparent reluctance to build that mount tighter fitting as they may have been reluctant to couple the back of the new bracket firmly to the body. 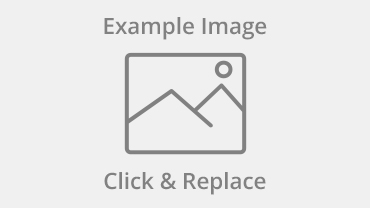 We upgraded the rear bracket by removing the rubber and inserting a lose soft urethane donut. The upgrade made the bracket indestructible and firmed up the pattern appreciably. However because of the fewer number of BMWs on the road  using this setup we no longer sell it.

However there are many versions of this upgrade on the market these days. In our opinion they are inadequate. Either because they use hard inserts or because the softer inserts they are using are not allowed to move inside the bracket.

In our opinion the insert must act as a hard stop but also allow free movement of the tail of the bracket. Hence the reason to install it loose in its holder. The initial loose fit allows the bracket independence from the body roll while at the same time stop any movement greater than say half a mm .

Upon request we can send you on an exchange basis a properly modified  bracket with a properly fitted solid rubber insert.

Until 1985 shifter brackets were steel stampings connected to the transmission with two " Isolation Blocks" these "blocks" were aluminum rectangles that were drilled on one end and bushed with a bonded rubber insert on the other end. One hole bolted to the stamping the other to the gearbox and the rubber insert provided noise control. The blocks were several inches apart so the bracket was super stabe and had no propensity to rotate.

One single connection point did not do the job. Even when new the shift arm wobbled and rotated around its axis ruining the shift feel.

When we introduced our Ultra M3 shifter we replaced that single button bushing with two pieces of urethane and a bronze sleeve.

We used spiral wound urethane as the cast urethane under- performed both in longevity and cast control. The spiral wound urethane however had been originally designed to perform as valve springs in large machinery and performed beautifully. Notably the Bronze sleeve spread the retaining pin load over a much greater surface of the urethane making it feel hard as steel in torsion but allowed it to absorb vibrations very efficiently and extending its life.